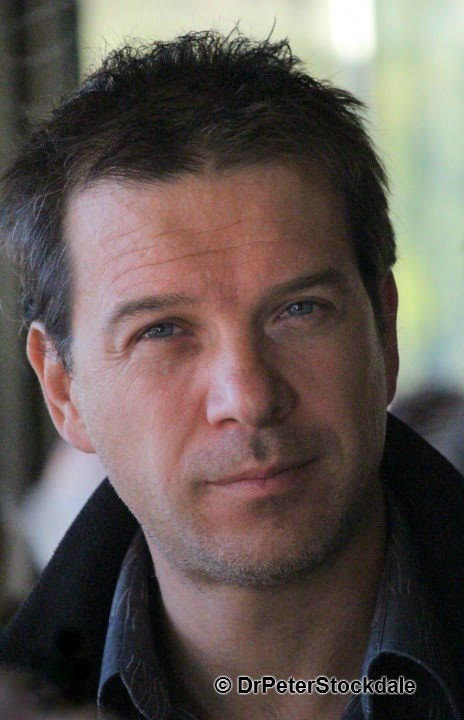 Born in Ottawa Ontario Canada, Oct 20th 1969 of francophone origins on both paternal (Soucie) and maternal side (Thériault). Sibling only to an older sister, he has lived most of his life in the greater Ottawa-Gatineau area but has spent some important years in Montréal and Oregon, USA as a young boy during his father’s University studies. He has also been exploring and enjoying the power of his creativity with his many guitars since his teenage years, the love and keenness for music having been passed down several generations.

He lived a generally simple and happy childhood, the love and keenness for music having been passed down several generations. Somewhat difficult teen and young adult years forced yet blessed him to grow up faster with fatherhood to a daughter and losing his mother to cancer all at the age of 21 was difficult to bare. Never having finished high-school, he chose to establishing himself as a professional chef and a first career of ten years before returning to school to finish what he started and more, changing vocations to a booming information technology industry. At age thirty, with a second child to love and care for, he solidifies his IT career with a Microsoft Network Engineering certification and helps launch NeoLore Networks, an IT integration and consultation firm for small businesses in the heart of downtown Ottawa. After several successful years in business adjacent to unsuccessful years in marriage and eventual divorce, Eric decides to sell his share of the business and starts seeking for answers to the meaning of life and a beautiful healing process therein.

In 2004 he begins a martial arts journey in Jiu-Jitsu that has been the pinnacle of his life since and propels him towards many new achievements and personal growth.

Still earning a living using his IT skills and while on government contract, in 2007 he connects with his current spouse and dives deeper in the search for a better way of life, a life of health, of harmony and unreasonable happiness. Together they defy science and embrace the higher will of nature and have two children in 2010 and 2011, despite Eric’s twice confirmed successful vasectomy 8 years earlier!! After a few years living in the country, experiencing the possibilities of a quieter and perhaps simpler life, Eric and his spouse take a leap of faith and decide to move back to the city and a permanent end to their respective full time government careers to further pursue a life of deeper meaning and personal fulfilment with home schooling at the center.

With five children and a grandson, Eric is a dedicated spouse and family man as well as a hard working multi-faced entrepreneur. He now offers his holistic wellness, coaching and catering services to the community at large

Sensei Eric is passionate about martial arts and understands the importance of giving it back. As it takes many years of hard work and dedication of training and learning, with typically many ups and downs along the journey, he knows the profound value of the personal gains and transformation on the way.

Eric thrives on teaching children, teenagers and adults the art of traditional jiu-jitsu for self-defence at Aylmer Jiu-Jitsu and Muy Thai, in Aylmer, Québec, Canada. Long before obtaining the title of sensei, he has been sharing his knowledge, motivating and mentoring his extended family to move through the programs towards notable personal achievements and competitive victories.

Aiming to expand his lore and extend his reach in the community, his martial arts path leads him to join Aegis Jiu-Jitsu Alliance in 2019 and courageously launches ANAT self-defence for women seminars.

Having worked for many years as a gourmet chef, his creative expression brings a healthy outlook in the kitchen and to his catered patrons at select festivals and retreats in the region.

A past career in IT customer support continues to convey his effective people skills in his daily life and facilitates the use of technology in his business activities.

In all simplicity Eric is here to use his gifts and talents in service for others in any way he can while remaining true and engaged to his own needs for self-care and personal growth.